Greetings, this is our first newsletter of 2018 and we hope you’ll enjoy the updates and insights. Our goal is to provide relevant information about the power generation industry and keep you updated on all that is happening at Energy Systems Southeast, LLC (ESSE). We still cover Alabama, Florida (Panhandle), Georgia, Mississippi, and Tennessee for our partners Generac Industrial Power, Toshiba and Siemens.

We recently added a new member to our sales team, and now have ten employees ready to support you with your next project. The service side of our business continues to grow also – with almost 100 certified technicians, 4 offices, 16 parts depots and a great inside team! You can rest assured that the products will be properly cared for. Last year alone we handled approximately 500 generator startups and managed well over 20,000 PM contracts. 2017 was another busy hurricane season in our territory, and as a FEMA first responder, our service team diligently worked around the clock in support of everyone affected.

The year culminated at the Generac Annual Conference in Orlando, FL. We were nominated for six awards and won three of them including the prestigious Eagle Award as the top distributor in North America. We are proud of these accomplishments and celebrate them with our employees who work so hard every day. We also realize that the awards are for last year’s performance and this is a new year. We are already working hard to make 2018 the best year yet for our employees and you, the customers we serve each day.

We hope that you will trust us with your next project. We offer full support from design all the way through the product lifecycle for applications related to:

Our experienced, professional and dedicated sales and service teams are only a call away. For more information please visit our website at www.essellc.com or contact me directly if you have any trouble (Jeff Webb, jeff.webb@essellc.com). 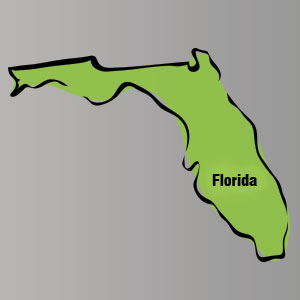 In response to the loss of life at nursing homes in Florida following Hurricane Irma, Governor Rick Scott issued an emergency rule requiring nursing homes and assisted living facilities to come up with a plan for obtaining an emergency power system that would allow these facilities to keep ambient temperatures at or below 80 degrees F and have enough fuel for 72 hours in the event of a power outage. The new rules still await ratification by the Florida Legislature. Other bills are also in the works – it remains to be seen what bill will make it through the legislative process.

Find out how Generac weighed in on the new rules and is helping these facilities determine the cost of compliance below:

In the days after Hurricane Irma struck Florida on Sept. 10, the number of utility customers without power in Florida alone reached a maximum of 5.87 million. Neighboring Georgia ultimately saw 1.4 million without power, as well.

As if the hurricane wasn’t bad enough, September remained hot following Irma. Sept. 23 recorded the month’s highest temperature at 94 degrees according to the National Weather Service. The average high temperature was 90.5 degrees, with 22 days hitting a high of 90 degrees or above.

All of this added to the misery of the power outages in the wake of Irma. For some of the frailest, though, the high temperatures proved too much to endure. On Oct. 9, CNN reported two additional deaths of former residents of a nursing home in Hollywood, Fla. In the days following Irma, the nursing home did not have the ability to provide climate control due to a lack of electric power, and 14 residents succumbed to the sweltering heat — eight by Sept. 13.

In response, Florida Gov. Rick Scott issued an emergency rule on Sept. 16 requiring nursing homes and assisted living facilities (ALFs) to submit a plan within 45 days (Oct. 31) — and implement that plan with 60 days (Nov. 15) — for acquiring an emergency power system that would allow it to keep ambient temperatures at or below 80 degrees F for at least 96 hours in the event of a power outage. On Oct. 12, the Florida Agency for Health Care Administration (AHCA) announced that nursing homes facing compliance hurdles outside of their control could request a variance from AHCA that would give them additional time to comply. On Dec. 1, AHCA announced that 2365 nursing homes had either submitted plans or reported being in compliance with the emergency rule.

“Our job is to help our customers select the right emergency power system for their application,” said Daniel Barbersek, director, Generac Industrial Power dealer sales. “We know that new regulations like the AHCA rule can cause anxiety, but there are solutions available for every situation. We look forward to helping the nursing homes and assisted living facilities that need to comply with this rule in selecting an emergency power system that will allow them to comply while still remaining profitable.”
In addition to the sudden unforeseen cost an emergency power system places on a nursing home or assisted living facility there are the practical considerations of installation and commissioning that are of concern, especially given the increased demand outside of Florida as a result of the very active hurricane season.
“It can be anywhere from as short as 60 days to as long as six months, depending on the complexity of the project and the number of parties that need to be involved,” said Generac President and CEO Aaron Jagdfeld of the generator project timeline in an interview about the new rule with National Public Radio-member station WUFT-FM in Gainesville, Fla. 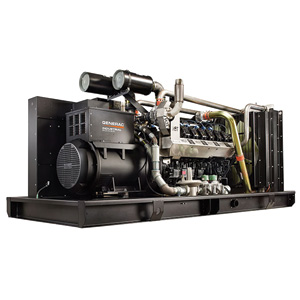 An interesting panel discussion was held at the 2017 NFPA conference regarding the acceptance of natural gas for emergency system applications with the authority having jurisdiction (AHJ) community. Explore the discussion about natural gas acceptability below.

Generac Industrial Power recently attended the 2017 NFPA conference in Boston, Mass. to discuss the use of natural gas generators in emergency system applications with the authority having jurisdiction (AHJ) community.

The reliability of natural gas as fuel for emergency generator applications tends to create interesting discussions within the market.  As the standard for standby power generation, NFPA 110, has plenty to say about reliability concerns and best practices relative to adequately maintaining on-site diesel. However, it provides little guidance for the acceptance of natural gas reliability. The National Electric Code (NEC) article 700.12(B)(3) states: “Prime movers shall not be solely dependent on a public utility gas system for their fuel supply – except: ‘Where acceptable to the authority having jurisdiction, the use of other than on-site fuels shall be permitted where there is a low probability of a simultaneous failure of both the off-site fuel delivery system and power from the outside electrical utility company.’”

So what is reliable enough? According to a 2013 report by Massachusetts Institute of Technology’s (MIT’s) Lincoln Laboratory, natural gas distribution systems operate at a reliability rate exceeding 99.999 percent, with the exception of seismically active areas. Incidentally, that makes the natural gas distribution system approximately one thousand times more reliable than a single-engine generator set, which is typically assumed to be 99 percent reliable.To probe these questions, Generac surveyed 110 attendees at the NFPA show with three questions:

Is natural gas acceptable in your area?

The first asked if natural gas was an acceptable fuel for emergency system applications in their jurisdiction.  Sixty-four percent replied yes; another 25 percent was uncertain.  This illustrated a very high acceptance rate that mirrors the explosive growth in natural gas generators documented by Frost and Sullivan – 38 percent of the total North American market revenue is now natural gas generators, which is up from 28 percent only three years prior.

Who dictates acceptance? What guidelines exist?

The second question asked who determines if natural gas is an acceptable fuel for emergency systems and whether there are guidelines for accepting or rejecting this continuous fuel source. To this question, the respondents identified AHJ & fire marshal by 36 percent, but 43 perecent were uncertain.  None of the respondents provided guidance regarding guidelines for acceptance. This highlights some of the challenges that are created when the code uses  subjective language and provides little guidance regarding reliability.  To that end, the Centers for Medicare & Medicaid Services (CMS) created a guideline regarding the evaluation of natural gas generators for nursing homes.  The reliability of a natural gas fuel source can be proven with a letter from the natural gas vendor that contains the following:

Similar processes, which leverage a letter from the local gas utility, are often utilized by the AHJ community when natural gas reliability is perceived as questionable within the market.  Another method for determining reliability may leverage the guidance given for determining electric utility reliability in fire pump applications.  NFPA 20 A.9.3.2 defines reliable as not having experienced any shutdowns longer than four continuous hours in the year prior to planning. This standard does not require the utility source to be infallible; it only requires a utility source free from routine outages.  Using these criteria, most natural gas systems across the United States should be deemed reliable.

What is your personal perception of natural gas?

The last question focused on each attendee’s personal perception of natural gas reliability.  Fifty-five percent of the respondents felt natural gas was favorable to diesel with 38 percent uncertain. This relatively high perception of natural gas reliability is influenced by personal experiences with hurricanes Irene and Sandy, both of which destroyed the long-standing conventional wisdom that diesel fuel delivery was assured even during the most severe emergencies. Both storms caused enough damage to the petroleum supply networks, making refueling requirements a challenge. Hurricane Sandy devastated fuel terminals across the Northeast. Even if a delivery truck was able to get to a terminal, it was unlikely it would be able to obtain fuel. The available fuel and trucks within the region were often redirected by the government to hospitals and targeted emergency response facilities.

It is incorrect to conclude that diesel fuel, simply by its on-site presence, is more reliable than natural gas. A reliable fuel supply is one that is consistently available in sufficient quantity and quality to ensure reliable emergency power.  It is necessary to holistically examine external factors influencing the relative reliability of natural gas and diesel.

The Boston NFPA conference allowed Generac a great opportunity to explore these topics directly with a cross section of the AHJ community.  These insights help illustrate that natural gas acceptance continues to grow within markets that have an established natural gas infrastructure.  In these markets, the resulting awareness and acceptance of natural gas-fueled emergency generators is quite high. 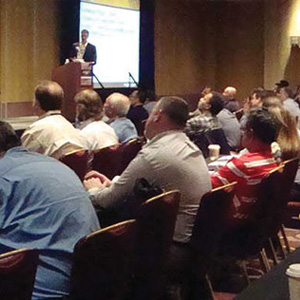 At last year’s Generac Symposium, attendees were given the opportunity to learn about the newest developments in the generator sizing and application process as well as guideline updates that impact code compliance for some of the world’s largest standby power applications. They also attended workshops, networked and got to experience the new Power Experience Trailer.

Find out more about the symposium here.

In May, Consulting-Specifying Engineer magazine will announce the winners of the 2018 “40 Under 40” Awards. These awards recognize talented young individual in the engineering community. Generac is a sponsor of this year’s award. We look forward to hearing about the winners. Get the scoop here. 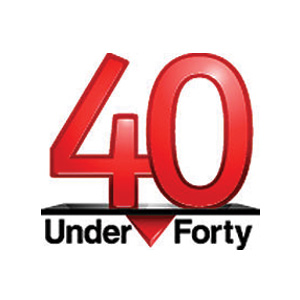